As seen last post, just a few weeks ago I was basking in 80-degree weather watching J.lo and Shakira shake their culos (look it up gringo…) at rehearsals in sunny Miami!

Now here I sit, back in The ATL, alone with a leftover slice of frozen pizza in 30-something degree weather with a chance of flurries.

Life comes at you fast, huh?

Although I’d rather still be on South Beach, it hasn’t been all doom and gloom since I’ve been home. Actually, it’s still been pretty awesome.

Last week, I had the honor of judging the Miss Latina Internacional-Georgia (MLIGA) Pageant held in Flowery Branch, GA!

I still find it ironic that they chose the guy who wears pizza hoodies and pancake tank tops to judge poise and fashion!

Even that night, despite my clever disguise as a functioning adult, I still wore these bacon eggs and toast socks!

Hey, at least I tried…

Anyway, amazing fun fact: The Miss Latina Internacional-Georgia Pageant is directed by Karla Cortes, mother of Karina Zevallos who was the teen winner of the very first pageant I ever judged 6 years ago; so things have truly come full circle! 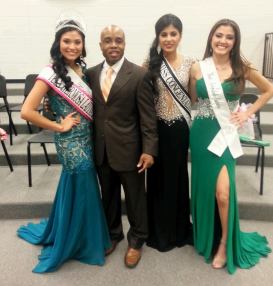 2014 after crowning her (left) Miss Teen Hermosa Latina, 2018 at the 1-year anniversary party for SHINE Pageants and Modelling and 2020 at Miss Latina Internacional-Georgia

Believe it or not, this was actually the fifth pageant I’ve been asked to judge since 2014!

Since being crowned Miss Teen Hermosa Latina in 2014, Karina and Karla successfully launched SHINE Pageants and Modelling school to help develop the next generation of contestants. 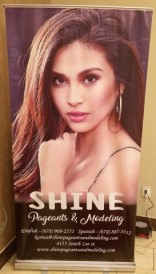 Karina is also the founder and CEO of “A World Mission”, an organization that strives to spread happiness to underprivileged kids around the world by providing them with clothing, supplies and emotional support.

Miss Latina Internacional-Georgia is a service-based pageant, so the 2020 winners will also continue this mission by spreading resources and positivity throughout the community.

Speaking of the winners, here they are, alongside my fellow judges!

Here are a few more photos from the prelims and finals…

Congratulations to all the contestants, parents, judges, hosts and everyone else who made this an amazing, successful weekend!

Speaking of the weekend, here are a few photos from the Monster Jam event we held at Mercedes Benz Stadium! 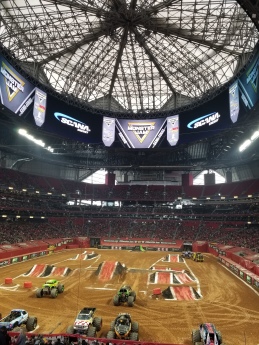 Quavo, from the multi-platinum hip-hop group “The Migos” also had his own special night next door at State Farm Arena during the Atlanta Hawks vs Miami Heat game! Yessir… 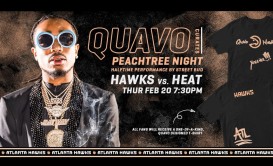 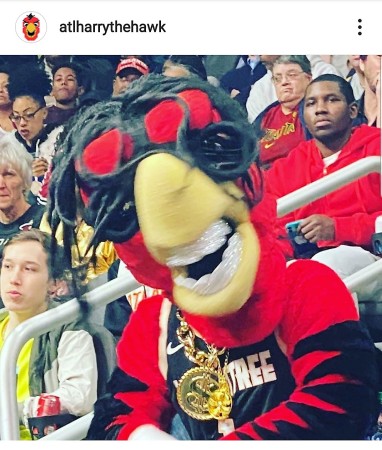 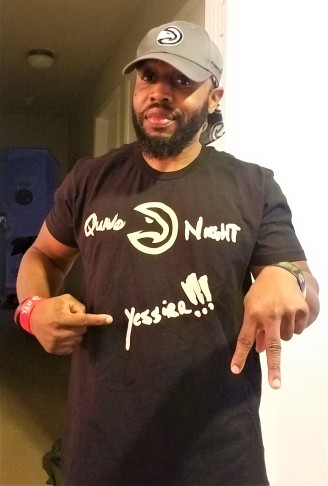 I also had the opportunity to work the Atlanta Falcons Cheerleader’s End of Season Party!

Although the Falcons season technically ended back in December for the players, our amazing Cheerleader’s season doesn’t truly end until after the Super Bowl.

Here are a few photos from that night, along with several throwback pics from my 2019 Atlanta Falcons season!

Although I was able to attend the Cheerleader’s End of Season Party, I unfortunately had to miss the one my department (Live Events and Production) held during my 2-week stay in Atlanta.

Apparently, I won an award for working the most third-party events, so they surprised me with this incredible personalized Mercedes Benz Stadium zip-up fleece during the Cheerleader party!

I was told they’ll also be presenting me with a gift card for a second award during an upcoming meeting!

What an honor! It’s a great feeling to be recognized for my efforts and I’m truly grateful and blessed to work for such an amazing team and organization!

Well, now that the Super Bowl has been played and our internal awards have been presented, it truly IS the end of the NFL season. Unfortunately, that means it’s time for our traditional closing ceremony.

With that said, here is my 1-minute “pre-beard” video presentation of how I’ll be spending the next several months until football season kicks off again in September. If you haven’t seen this before, you may want to have tissues handy. It’s very emotional…

I told you it was a tear-jerker, right?!  Hey, at least I warned you…

Anyway, thanks again for dropping by! Until next time my friends, May the Fork be With You…

ps. Don’t forget to leave a comment before you go! You can also follow me on social media by clicking the links on the main menu!! 😉 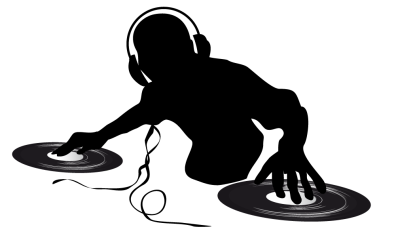