Hot then cold then hot then cold.  It’s like one endless loop of my least favorite Katy Perry song.

No wonder I’ve been sick for the past few days…although some of the symptoms could be due to this mutant pollen here in Atlanta.

The worst part is that it looks so nice outside but nope.  It’s still cold AF out there!

It’s like those times when you’re heating something in the microwave and it’s making all these popping noises but once you bite into your food it’s still frozen in the center.

It’s Spring already Mother Nature, please get your act together.

Ha, I asked as though I have a clue about the NCAA tournament!  I honestly don’t though…at least not the men’s side.

Believe it or not, I actually know more about the women’s side.  The men’s team at my alma mater, Rutgers University, never make the tournament but the ladies usually do. Unfortunately, they were knocked out in the first round this year.  Better luck next year ladies, but congrats on a great season.  #GORU

How’s your team doing?  Who ya got?  Comment Below!

Anyway, the Final Four referenced in the title wasn’t about the NCAA tournament, but instead, the NBA.  More specifically, The Atlanta Hawks.

Yes my friends, our season is almost over.  Despite a tremendous second half, we won’t be making the playoffs this season so we’re down to the final 2 games.

Wow, it feels like just yesterday that I typed up that “Taking Flight” post announcing my gig with the entertainment team (aka The Atlanta Hawks Flight Crew).

I suppose I’ll save the season wrap up until it’s officially over, but I can already say that it’s been a fun and crazy adventure these past few months!

Unfortunately, my family doesn’t live close, so they weren’t able to attend a game.  I suppose that’s even more incentive to try out for the team again next year though so we can make that happen!

In the meantime, here are a few more recent cameos I appeared in during the Fox Sports South game broadcasts:

Besides the remaining Atlanta Hawks games, I suppose “final four” could also refer to my account balance…as in “final four dollars.”

I’m halfway kidding I suppose, but if I’ve written you a check recently, you might not want to cash it for a few days!

One of my teammates suggested that I sign up to drive for Uber since that’s what he does when he needs a few extra bucks but I’m an admittedly awful driver.

Don’t get me wrong, I’ve never had an accident before, so at least I’m safe, but my sense of direction is trash! 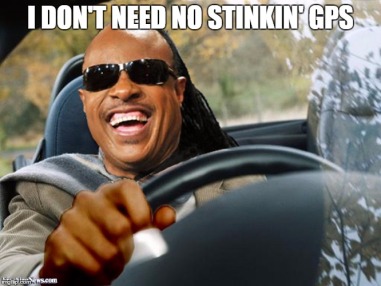 Even with GPS I’m good for several U-turns per trip!

I also don’t see as well at night so if you’re daring enough to brave my passenger’s seat after 8pm, you might want to say a prayer first.  You’ll definitely end up squeezing that “Oh S**T” handle a few times…  #buckleup

So no, Uber and Lyft driver gigs are definitely not in my future.  I’d probably have a 1-star rating!  My playlists would be fire though…

Anyway, speaking of gigs, I picked up yet another one recently!

Yes, folks, for my next trick, I’ll be working as a stagehand for several Live Nation and House of Blues venues here in Atlanta! 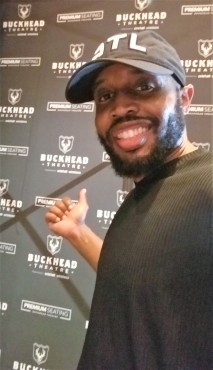 Ironically, I’m one of the least handy people in the world so this should be interesting!

Hopefully I’ll deal with talent most of the time but for my first shift, they told me to bring a crescent wrench with me!  I’d like to pretend that I didn’t have to look up which wrench that was on Google but um yeah…

Anyway, my first show was for Colors R&B Only party at Buckhead Theater this past Saturday.  Most of the work involved simple heavy lifting but I also helped build the set including the DJ stands and this enormous series of LED panels.

I managed not to break anything or injure myself, so I’ll consider that a win!

Although one of the main cables holding the expensive light display snapped at one point, sending the entire thing crashing to the ground!

Work was halted for nearly an hour and we ended up scrambling to reassemble everything with only 45 minutes left before doors opened!

I know what you’re thinking and yes, I was nearby but thankfully that wasn’t my fault!

Oh yeah, speaking of staging gigs, my vest from working the Superbowl Halftime Show finally arrived the other day.  Check it out! 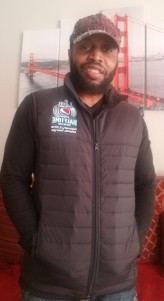 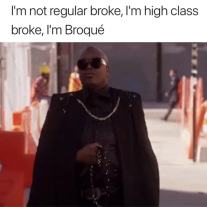 I doubt I’ll wear this much, but it is really nice!  They even placed the logo on the inside as well, along with deep pockets.  Wow, fancy fancy.

Speaking of which, if you want to look fancy but don’t have the finances, sometimes you have to be creative.

With the right attitude and a few minor adjustments, you can take yourself from broke to “broque” in no time!

I keep seeing these weird burgers utilizing ramen noodles as the “buns” on social media, so I finally had to try one for myself!

Although there are several recipes out there, I went with this one from “hello Angie” at Allrecipes.com 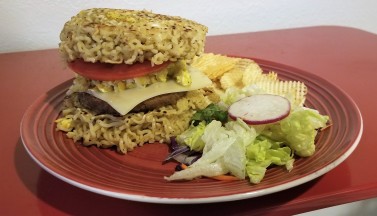 Bring a pot of water to a boil; add ramen noodles. Boil, stirring occasionally, until noodles are tender, about 3 minutes. Drain. Allow noodles to cool slightly.

Beat 2 eggs in a bowl; season with salt and pepper. Stir noodles into eggs until evenly coated. Divide noodles into 6 burger-size ramekins or bowls. Place a sheet of plastic wrap directly over noodles and stack another bowl on top to flatten noodles. Refrigerate until firm, about 20 minutes.

Heat about 1 tablespoon vegetable oil (or cooking spray) in a large skillet over medium-high heat. Invert each ramen bowl, gently tapping the bottom of the bowl until ramen loosens, careful to maintain bun shape.

Fry each ramen bun, without moving noodles, in hot oil until golden brown, about 3 minutes. Flip each bun and continue frying until crisp, 3 to 5 minutes more. Ramen bun should be crispy on one side and slightly softer on the other. Transfer buns to large plate with the crispy side up.

I saw another recipe that used mason jar tops to help shape the buns which was pretty smart.  As a result, they were also able to forgo the refrigeration process by running cold water on the noodles before mixing them with eggs.

Another variation I saw used the seasoning packet instead of salt and pepper.  I suppose beef flavor would make the most sense but hey, whatever floats your boat!  I went with the salt and pepper option though to avoid overpowering the flavor.

As for the burger?  I didn’t bother including that recipe since I’m sure you have your own.  Besides, like much of my dating history, this is all about the buns…

For my ramen burger however, I went with a ground beef burger topped with egg, swiss cheese, lettuce and tomato.

So, how does it taste?

The verdict:  Ha, not bad!  Not bad at all!  As you can see in the photos, it held together surprisingly well!

I expected it to fall apart in my lap but I was actually able to pick it up and eat it like a normal burger!

The consistency is interesting.  It’s like a burger with spaghetti on it….because, it essentially is!

It may take some trial and error to figure out how you’d like it seasoned and which condiments go best but mine was flavorful.

With that said, I still doubt I’d make this very often.  Although it’s a fun diversion, I can’t say this merger tastes better than ramen or burgers individually.

If you’re looking for an interesting way to change things up or take your noodle game up a notch though, look for further fam!

Since we’re talking about low budgets, how do you stay healthy when your funds are low?  Most salads cost twice as much as their junk food counterparts so what’s one to do?  The aforementioned ramen is full of sodium and not the greatest for you either.  Fortunately, there are options such as eggs, Greek yogurt, tuna, whole wheat pasta, apples with peanut butter and more!  Couponing, buying foods in bulk or even growing your own vegetables are another way to stay fit while staying within your budget.   Although it may take a little extra research reading labels, inexpensive healthy options do exist!

Before we go, let’s check out the “Foodie Holidays” for the next several days!

Oh yeah, and my apologies to anyone confused by the sporadic release dates for our posts lately.  The best way for you to keep up is by joining our mailing list by registering on the main menu.  You can also “follow” our site by clicking that option below!

In between posts, you can still get your meme fix by following our social media pages!  Our Facebook page in particular is pretty hilarious if I do say so myself.

Anyway, that about does it for this week.

Please leave a comment before you go!  Come on, don’t be shy.  Be aggressive!  B-E- Aggressive!

Alright folks, thanks again for dropping by.  Let’s make it a great week!

“Better try investing in yourself with that tax refund.  Michael Kors is already rich with good credit…” 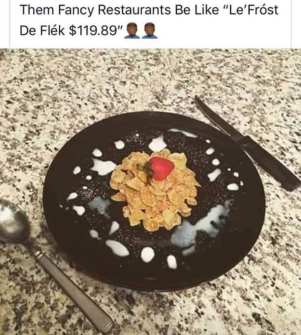 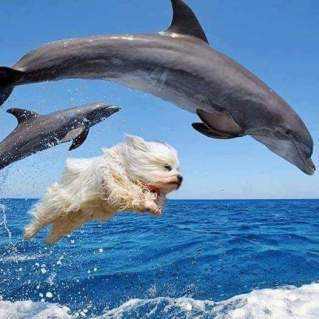