Well, it was a long, cold Valentine’s Day.

I’m not even talking about romance, I mean that literally.  My furnace stopped working a few days ago, so I’m having it replaced.  Until then, it’s space heaters and hoodies for me.

It’s currently 36 degrees inside my apartment yet my greedy self is still craving ice cream….and soup.  It’s complicated.

I successfully fought off cold symptoms earlier this week so the odds of me surviving the night without catching another one are slim.

We’ll see how this plays out but either way, the show must go on so welcome back to #DoubleFML FatDarrellPalooza! 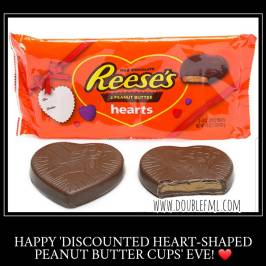 As mentioned earlier, Valentine’s Day was last week!  For the couples, I hope your day was filled with love and sappy over-the-top romantic gestures.

Please feel free to share the worst or most embarrassing Valentine’s Day presents in the comments below though!

You can also check out a few past V-Day disaster stories in our past Valentine’s Day posts here:

Oh, and for the singles, heart-shaped peanut butter cups should be half off by now so there’s still plenty to smile about!

Although I didn’t ask anyone out or make reservations for overpriced $120 prime rib, I was working with The Atlanta Hawks Flight Crew that night anyway.  That completed a stretch that included 5 games in only 7 days!

Here are a few of the cameos we’ve made on Fox Sports Southeast over the past week (I’m #3 if you weren’t sure. The last video includes 2 separate appearances during The Lakers game.  You’ll need a very sharp eye to find me in the first half of that video though!):

Last Saturday, we also pulled double duty since we hosted the annual Atlanta Hawks 5K before the game!

…WAY before the game.  The race kicked off at 8am and we arrived several hours earlier to set everything up. 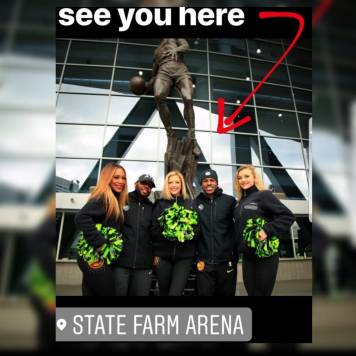 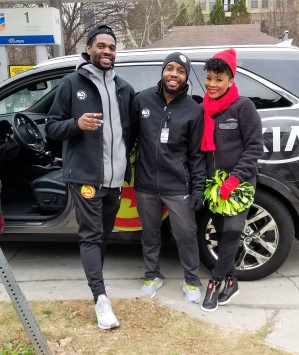 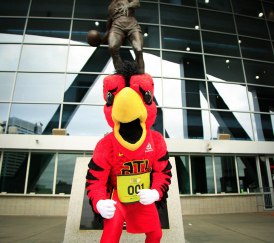 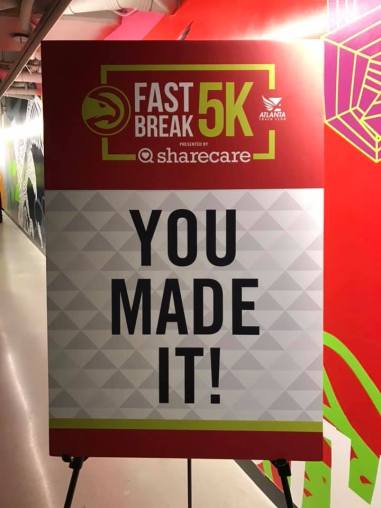 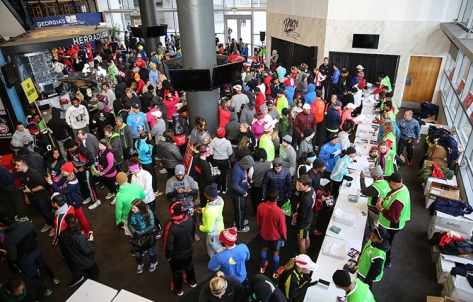 Over 1200 people braved the elements to participate in the “fun” as we cheered them along!

I put “fun” in quotation marks since distance running isn’t really my thing.

I only have 2 basic speeds when it comes to running.  It’s either a slow walk or an all-out sprint.

I don’t have a “medium” setting.  I’d rather step on a thousand Legos than run 3 miles.

….or hot weather for that matter.

Shoutout to everyone who participated though.  You all did great!

Running a marathon was on my bucket list at one point but I need to rethink that entry.

Don’t get me wrong, I’m not bashing distance running by any means, I’ve just never been able to get into it myself.  I’ve always been jealous because other people talk about how they experience that “runners high” but I never get past the point of thinking “this sucks, this sucks this sucks…” the entire time.

Different strokes eh?  But maybe I’ll try a 5k this year and see how I do.

Actually, I may need to start my extra cardio program now to burn off the calories I’m about to consume because look what I found…

I’ve heard great things about both so I’m looking forward to trying them for myself!

I also spotted this beautiful disaster while I was at the store but I left it on the shelf. 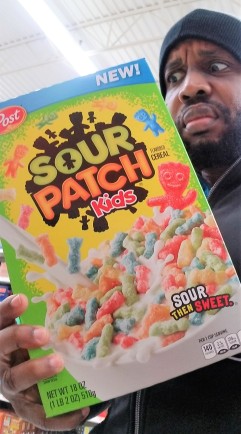 I may go back to try the honey bun and powdered donut cereals I also spotted later, but buying all 4 seemed like overkill.

Anyway, let’s try these, shall we?

Upon seeing the box though, it now makes complete sense.

I never made the mental connection that Cinnamon Toast Crunch does in fact taste just like churros!  All that was missing was the classic shape…until now.

Aside from that and a slightly crunchier texture, that’s really the only difference.

Whether you enjoy it boils down to whether you’re a fan of the original.  I am, so I absolutely loved these!

It transported me from this cold apartment to warm summer days at Six Flags munching on an actual churro as I impatiently waited 3 hours for a ride that only lasts 30 seconds.

“Impatiently waited 3 hours for a ride that only lasts 30 seconds.”  Ha, that description probably described some of your Valentine’s Day dates.

Pop Tarts:  My friend Melissa hooked us up with her review of these a few weeks ago but I still had to try them for myself.

The cereal comes in 2 flavors, Strawberry and Brown Sugar Cinnamon.

If I remember correctly, “Strawberry”, “Brown Sugar” and “Cinnamon” were also 3 of the dancers at my friend’s bachelor party but I digress.

Anyway, I went with strawberry since that was always my favorite Pop Tarts flavor as a kid.

I was really impressed by these!  As Melissa stated in her review, the outside texture is crunchy like a Pop Tart and the inside is filled with strawberry deliciousness!

On the opposite end of the health spectrum, today’s fitness tip is really more of a reminder.  Although it’s still cold outside, warmer days will be here before you know it.  If you want to look great on the beach this summer, you need to put in the work now!  If you haven’t stuck to that New Year resolution or never started, it’s time to get focused.  “Winter you” may complain now, but “summer you” will thank me later when you don’t feel the need to wear a t-shirt in the pool this year.  Get to work!

Before we close this one out,  I also attended our Mercedes Benz Stadium Team Member Appreciation Night over the weekend!

The theme was “The Great Gatsby Casino Night” so everyone came dressed like it was an upscale party in the 1920’s.

Of course, the odds of a black guy in America being invited to an upscale party back in the 1920’s were rather slim…unless he was there to wash the dishes.

A few of my managers were going to dress up like the women from “The Help” which would have been hilarious, but they changed their mind last minute.

I debated wearing my black pinstriped suit but ultimately constructed a random outfit around my silver glowing bow tie.

If you remember the turquoise one from the Georgia Entertainment Gala post, yes, I do have multiple colors!  Ha, check it out!

Anyway, it was a great time!  The event was held in a few of the VIP lounges at the stadium and literally on the field!  There was food, drinks, a live band and photo opportunities with the Atlanta United MLS Cup trophy!  Here are a few pics: 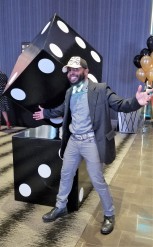 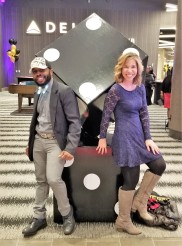 We also had MVP awards, casino games and door prizes!

I didn’t play many of the casino games since I was more focused on the food (#priorities).

I suppose I can finally retire my NY Red Bulls scarf now but hey, I still love you Jersey!

Anyway, it was a great time but enough of that, let’s wrap this up so I can go eat more cereal.

Do you have another song that fits today’s themes or that’s just so great we should check it out anyway?  Tell us in the comment below!

Before we go, let’s check out the “Foodie Holidays” for the next several days!

Hmm, things take somewhat of a weird turn with “National Cook a Sweet Potato Day” but okay sure, I’m down.  It should be a good week.

So, many of you checked in asking what happened last week.  As we mentioned a few times, our schedule for new blog entries may be a bit sporadic going forward so your best way to stay up to date with the latest posts is by joining our mailing list.   Enter your email info on the main menu to be added now!

That’ll also allow you to easily make comments below since you’re be an officially registered member of the #DoubleFML community!

Speaking of which, drop a comment before you go!  I always love hearing from you.

Anyway, that about does it for this week folks.  I hope you have a great week, especially with the shortened work schedule for most of us here in the US!

Thanks again for dropping by! 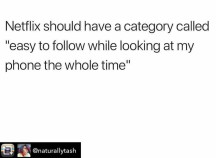 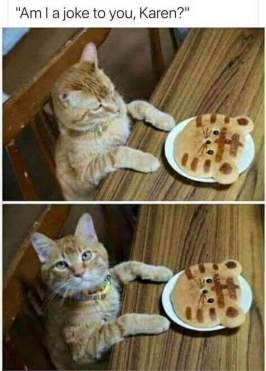 9 thoughts on “Milk is Chillin”