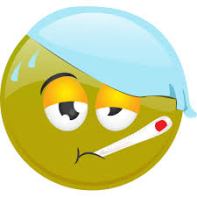 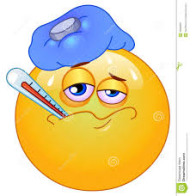 Greetings from beautiful North Atlanta! The sun is shining and I’m feeling fantastic…or at least that’s the story I’m going with since I’m still trying to do the whole “mind over matter” thing. Realistically, I feel awful. Although I’ve been trying to fight it off with some heavy denial, I’ve somehow managed to catch a full-blown cold with all of the bells and whistles. 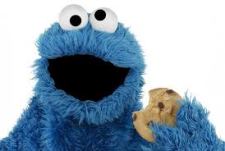 Nausea, congestion, sore throat – you name it. I’ve also sounded like Cookie Monster for the past 2 days since my voice is crazy right now.

I just made my “grocery store trip of misery” where I loaded up on chicken noodle soup, honey tea, cough drops and oranges. And while I felt and looked awful, I still managed to get complimented by some lady in the frozen foods aisle. The conversation went a little like this:

Her: Oh wow, you smell incredible, what are you wearing?
Me: Vicks VapoRub and sadness.

Anyway, yeah, I really hate being sick…especially in the summer. I mean, at least it makes sense when it’s cold outside but when it’s a thousand and four degrees being sick is extra lame.

Nobody wants hot soup and tea right now! They should make Nyquil popsicles or something (that flavor sounds awful but the concept? Hmm…). At this point, I can’t tell if I’m sweating because it’s August or because I have a fever.

I was raised in New Jersey. Schools up there always started after Labor Day and ran until June. Once that Jerry Lee Lewis Telethon hit the airwaves you knew you were on short notice. I know that things are scaled a little differently here in The South but wow, starting in July just feels insane to me!

Since half of the nation doesn’t go back until September, I’ll save the “back to school” post for later but in the meantime, best of luck to all of the students, parents and teachers back on the grind already.

In happier news, my little nephew Domonick celebrated his birthday last Friday! Yep, he’s the big 0-6 now. For his birthday meal, he picked a Mexican restaurant that serves tacos and burritos so yeah, it’s pretty safe to say that I’ve had a rather strong influence on this little guy! 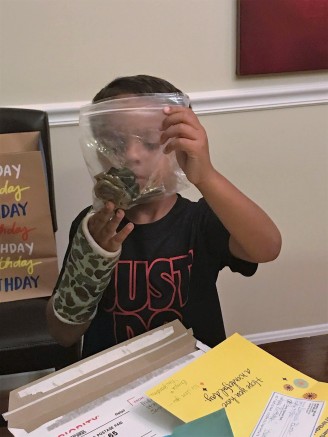 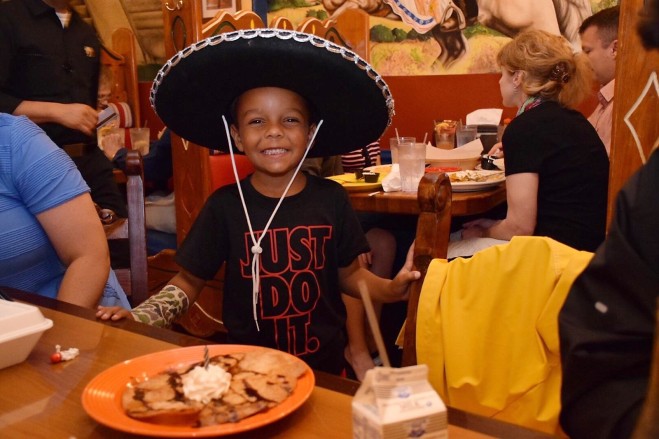 Oh yeah, and for those who’ve been asking, he should hopefully have the cast for his broken thumb off later this week.  Hmm…I wonder if they let him keep that hat? Arriba!

Since it’s now August (finally, football is just so close! It’s been a long several months…), it’s time to put the final bow on July and close it out in style so you know what that memes….. (See what I did there?). Yes, it’s time for another installment of “What do you meme?”

I started this back in May to highlight some of the best memes and social media content that was shared with me over the past month and since you all seemed to enjoy the last 2 installments, it’s time for another round. So without further ado, here we go (no time to delay, this cold medicine is about to put me back to sleep!)…

These first 2 start where my last post left off.  Like I said last post, Christmas in July exists so why can’t we also do Halloween in May?  2018, let’s make it happen people!

Oh yeah, and this one definitely reminds me of my 90’s throwback fashion post since it brings me back to middle school.  I used to break the point on my pencil at least 10 times per class when I had a new outfit I wanted to show off!  Especially if a cute girl sat near the sharpener!

Speaking of the 90’s this one also made me laugh!  Any White Ford Bronco owners may want to consider getting the same license plate since “The Juice” will soon be Loose again…

And on the other end of the odometer, we have this meme.  Ha, man this one brings back so many memories of zipping down I-95 but shhhhh…don’t tell my Dad, thanks!

Seriously though, when you find that right partner out there on the highway to help push the overall speed to new heights, it’s a beautiful thing man.  I’ve actually saluted them just like this before hahaha…that’s not even a joke.  “Thank you sir, you’ve served valiantly…”

Along those same lines, we have this meme… ah yes, the eternal debate.  I never really mastered calculating when train A and train B would intersect back in math class but when it comes to figuring out whether I can beat that light turning red, I suddenly become a Physics and Algebra pro!  Again though, please don’t tell my Dad thanks! 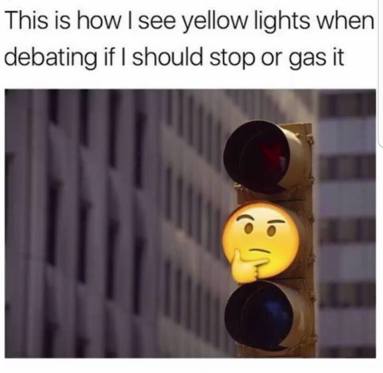 Here’s another one featuring emojis.  Ha, I never thought about it this way but that’s actually pretty accurate!  Sad but true story! 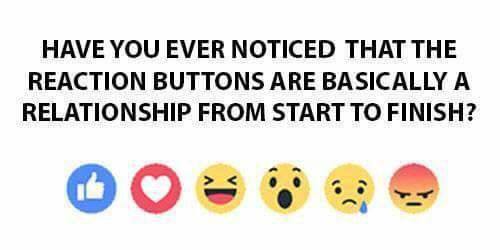 Speaking of memes that made me think, here were several that were shared with me in July…

This first one was tough!  Which legendary deceased performer would I want to see in concert?  I honestly would have loved to have seen literally every single one of them.  I’m also surprised that Prince and Elvis aren’t on this list.  At the end of the day though, longtime readers can probably guess that I’m picking Michael Jackson.  That’s tough though… who’s your pick?  Comment below…

Here’s another one.  They all rank about even with me but I think that mashed potatoes get the edge….as long as there’s gravy involved!  What’s your pick?  Comment below! 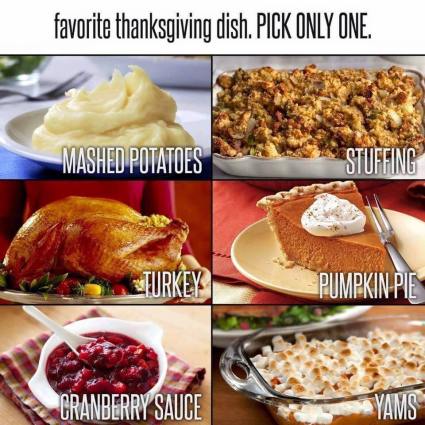 Here’s another one that’s ALL potatoes.  I’m not sure why people are posting about mashed potatoes and Thanksgiving so much in the middle of the summer but that statement is coming from the guy who just did a Christmas post so what do I know?  Anyway, I’m going with fries this time.  What’s your pick?  Comment below!

This last one makes me sad though.  Picking favorites is one thing, but getting rid a classic food forever?  Wow, this one is hard.  I love all of these!  Let’s just go ahead and take pizza out of the discussion already…that’s definitely staying!  I also think that my love for tacos is pretty well documented so it comes down to wings and burgers.  I love both but I think I have my final answer.  Burgers would go.  I know, that may be a shock since I’ve done an entire post about them, but here’s my rationale.  I can come pretty close to replicating a cheeseburger by making a turkey, bean or veggie burger but I can’t replicate wings.  So yes, burgers would go.  Final answer.  What’s your pick?  Comment below!

Here’s one of those Family Feud memes.  Ha, I’m going with toilet paper on this one.  What’s your pick?  Comment below!

Oh yeah, speaking of toilet paper check this out!

This one is pretty good too.  I don’t currently own a pet, but for all of your owners out there, it would be pretty hilarious to think what they’ve named their “human” – hmm…

Speaking of stocked food, these are pretty funny too!  Ha, that is true – no matter how full I am, I can always manage to squeeze in dessert!  As for the “food baby” one, a friend of mine had some lady come rub her stomach in the grocery store asking when “she was due.”  Unfortunately she wasn’t pregnant though, she was just full.  Awkward…. 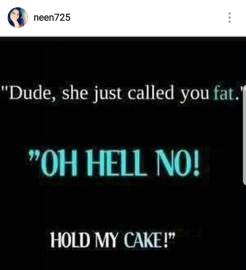 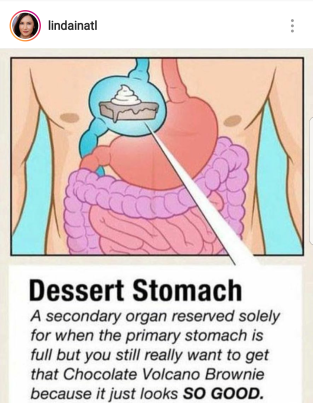 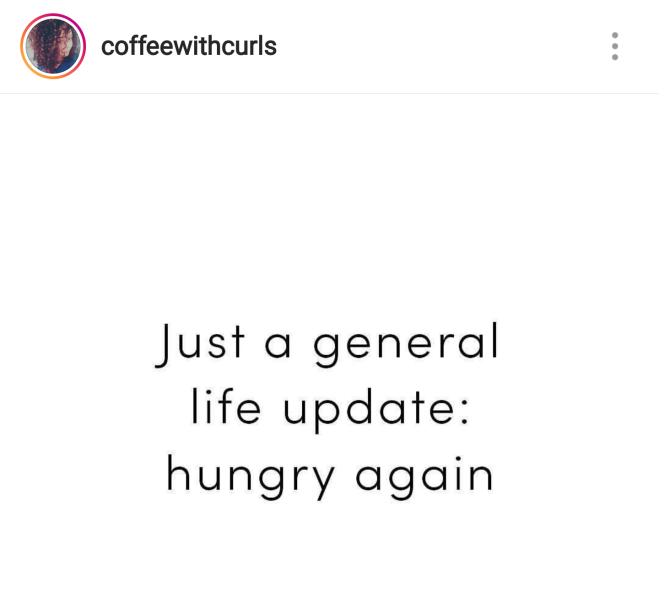 Hmm, good question…. if you don’t get that one, google “Jimmy Buffett” youngster lol.

This is hilarious but my mom would kill me if I ever pulled this stunt!

True story on this next one!  I haven’t had a full day off since May so I’m definitely jealous of all these vacation photos people keep posting!

These next 2 are for the wine drinkers out there! 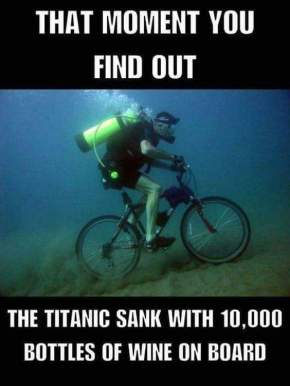 Ha, this described me to a T!  But hey, I warned you about that in my very first post… 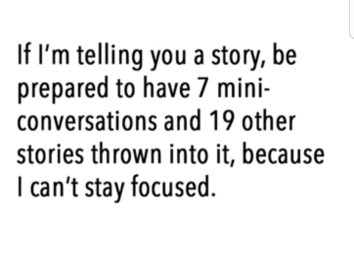 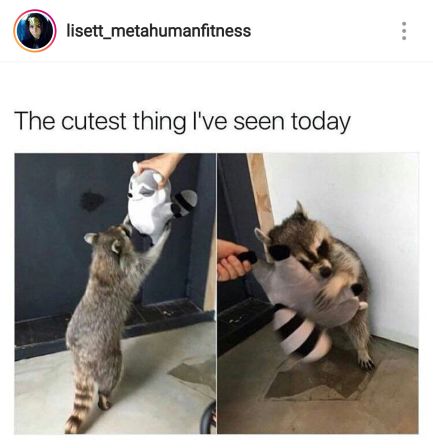 And this one literally made me laugh out loud! 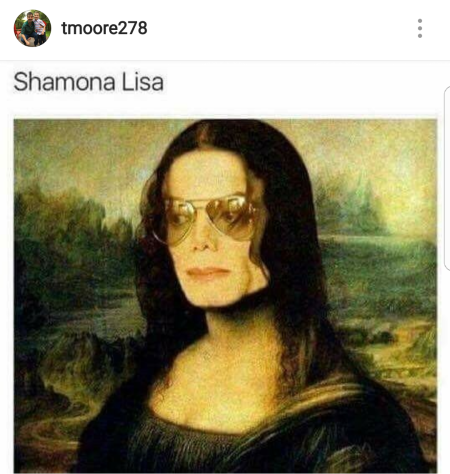 This one made me feel old ha but one of my favorite albums of all time, “The Fat of the Land” by The Prodigy came out in the US on July 1, 1997.  That album has made an appearance on every gym playlist I’ve made ever since it was released.  That’s not an exaggeration – the full album is on my iPod right now!

This next one is so true!  I hope there’s never a fire because I wear the dumbest things to bed!  I’ve worn old work uniforms, mismatched colors, anything goes.  Who are these people “adulting” so well that they have matching pajamas?  You are the real MVP’s.  I still don’t understand why they put shirt pockets on those.  Like someone’s putting a pen in there to take notes while they sleep?  Maybe that’s where I can keep my snacks….hmmm 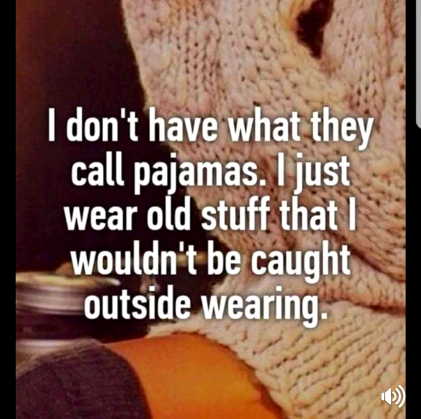 Here are a few photos that hit my “Facebook Memories” from last July.  They still apply today so here they are again… 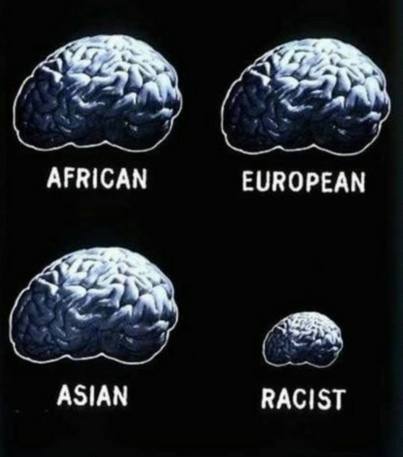 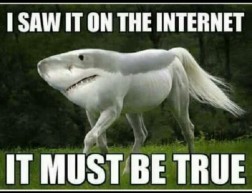 Oh yeah, and whoever this is – find her for me immediately!  Actually, I might not even want to kiss her since I might ruin it haha

And for my #fitfam, here are a few fitness memes as well… 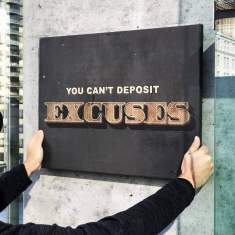 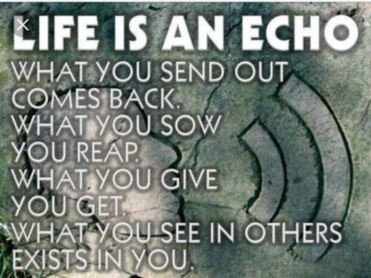 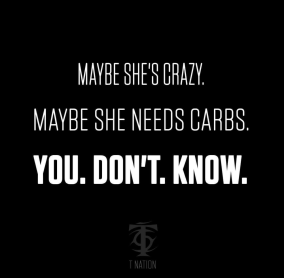 Before I close this one out, here are 2 great quotes from conversations I had last month as well:

“FITNESS TIP: What is Flexibility? Answer: THE ABILITY TO FLEX.” – KJ Hulteen 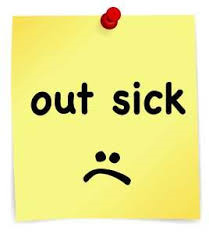 Time to get Ill – The Beastie Boys (the title of this post was also the name of the classic album this song came from if you didn’t know – but that album is incredible so you should know!)

Pushin Weight – Fat Darrell (check out it out on YouTube here: https://www.youtube.com/watch?v=uuwZ8YFaNS4)

You make me sick – Pink (Let’s close out this list with a little throwback Pink shall we?)

Do you have another song that fits today’s theme’s?  Or a song that’s just so great we should all check it out anyway?  Tell us about it in the comments below!

Okay, that’s about it for this week. My energy is fading fast so I’d better wrap this one up while it’s still somewhat legible ha.

Needless to say, I missed out on seeing Atomic Blonde this past weekend since I was under the weather so that’s on the top of the list of things to do this week!

I was also reminded that there’s a movie theater less than 10 minutes from my apartment that plays movies that came out several months ago. Apparently Guardians of the Galaxy 2 is still playing there so I have a chance to see it on the big screen before it’s gone…and for only like $3.50!

I also missed out on a birthday party that I was supposed to attend (sorry Ashley!) but hopefully this post-long explanation of my sickness will help make amends for not showing up.

Before I close this out, here’s your reminder to comment below before you leave. Don’t be scared homie lol.

Anyway, thanks for dropping by! Hopefully you enjoyed the memes and I should be back at full strength next week! In the meantime, May the Fork be With You my friends…. 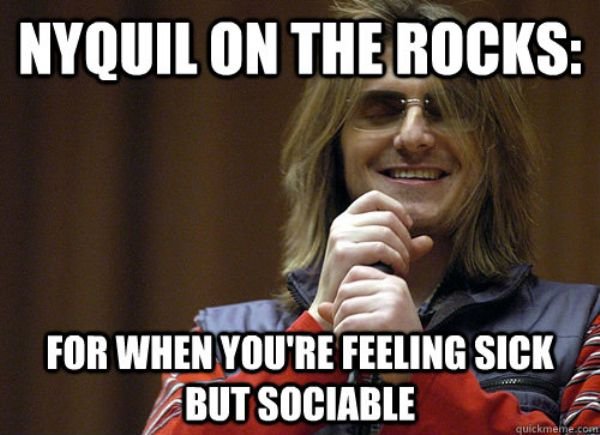 6 thoughts on “License to Ill”