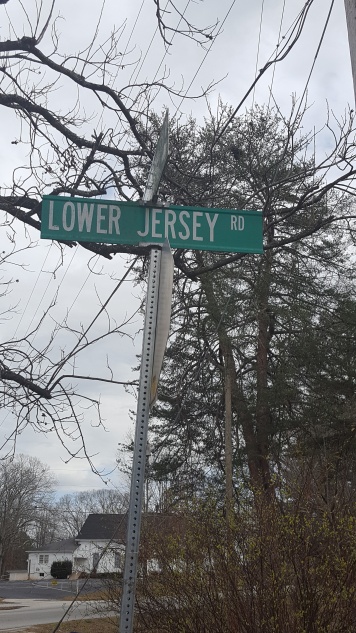 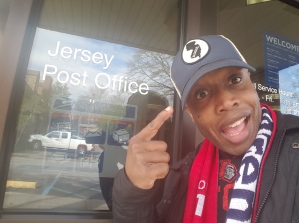 If you follow the Fat Darrell page on Facebook (if you don’t already, what are you waiting for??? Click the button on the side panel!) you already saw the preview for this one.  But yeah, I was feeling a little homesick the other day since I temporarily relocated to Atlanta from New Jersey several years ago.  But then I remembered accidentally stumbling upon an interesting discovery during a Google search a few months back.  That discovery was a town maybe an hour from my house called Jersey!  That’s right, Jersey, Georgia!  What?!  At first I thought it was just a typo so I punched the location into my GPS and there it was again, Jersey, GA!

Wow, could it really be?  Is this where they hide all the good pizza and bagels in The South?  Could I order a pork roll egg and cheese there? Would I meet the doppelganger of every childhood friend?  The possibilities were endless!

After doing a little digging, I realized that it was only about an hour away.  I also realized that the town is tiny!  As in 2.0 kilometers (that’s only 0.8 square miles) total!  Per the 2000 Census records (update your records Census people!), the population is only 163 people!  Wow, I should run for mayor!  Fat Darrell, the Mayor of Jersey!  Ha, if you read about my stint as president of my middle school you’d know that I have no intention of running for office but that would still be a cool title! I wonder what the actual mayor does look like though?  A Southern Chris Christie perhaps? Colonel Sanders with a hair-metal blowout?  Pauly D in overalls?

So many questions needed answering! So let’s gas up the car (we have to do it ourselves down here) and get in, we’re going on a ROAD TRIP!

For irony’s sake, I threw on my Jersey is home hat, along with a Rutgers (The State University of New Jersey) sweater and a NY Red Bulls scarf (their stadium is in Harrison, NJ despite the NY name).  I also had The Score album by The Fugees (from South Orange, NJ) on my playlist most of the way down!  Now before half of you protest that it wasn’t Bon Jovi (the real mayor of NJ lol), when I hit pause to scroll through the radio, Living on a Prayer happened to be on 2 different stations so maybe it was fate! 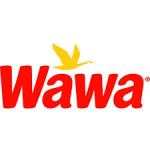 Even stranger, some of the roads along the way actually looked like parts of Ocean and Monmouth County, NJ!  I passed several horse farms and one particular stretch of highway looked so much like Route 18 (Central NJ) that I started looking for a WaWa (look it up non-NJ peeps)!  Someone even cut me off and gave me the finger at one point so it really was beginning to feel like home! 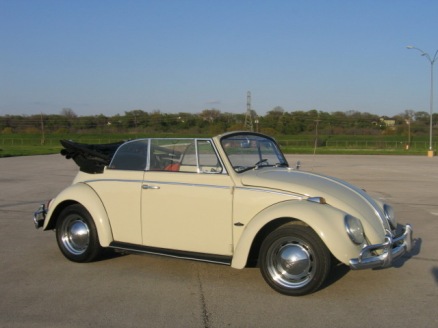 Oh yeah and strangely enough, I also passed a surprising amount of classic Volkswagen Beetles.  The old body OG ones, not the new version!  Apparently “punch-buggies” were alive and well near Jersey, GA!  Seriously, I saw at least 2 of every color.  Someone’s shoulders would have been lit up with jabs had I not been alone!

My GPS finally began to countdown the remaining 2 miles.  I was excited but also a little cautious since we’ve all seen this movie before.  You know, the movie where the curious dummy drives into a small town in The Deep South to explore.  Oh, and we all know the black guy usually dies first in those movies so yeah, once I finally arrived I took a quick drive around to scope things out first!  And by quick drive, I really mean QUICK DRIVE!  0.8 miles was no lie lol there wasn’t even a traffic light in the town, just 2 giant speed bumps!

I tried to find a town hall or a landmark to park near but the closest I could find was a post office lol.  Still, I figured this would be a good place to start since they could tell me what else was in town.  And I was right, this turned out to be the perfect choice since the lady working behind the counter was extremely friendly and helpful.  So the good news was that I could let my guard down a little since everyone seemed harmless enough.  The bad news however was that there weren’t really any landmarks!  These pictures pretty much capture a panoramic view of the entire town lol: 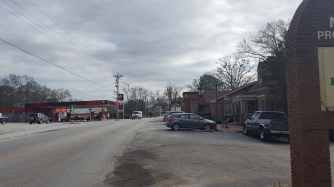 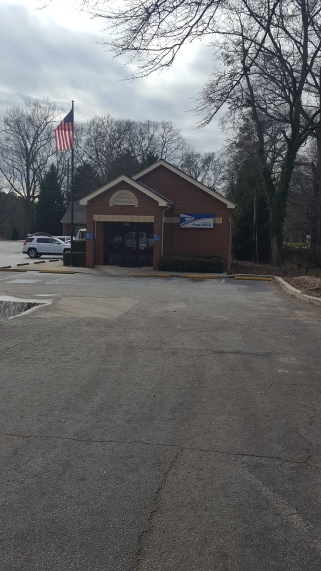 Yep.  That’s about it.  Oh, and apparently they take their Truck turn arounds VERY seriously here! These weren’t the only 2 signs lol 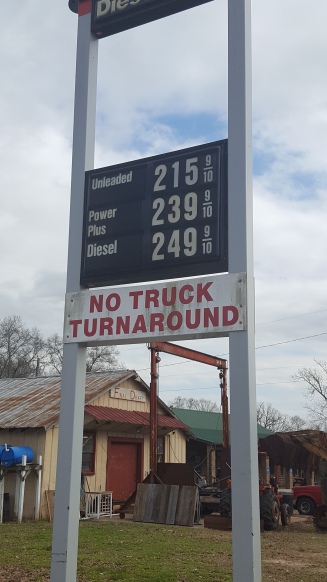 She said that there wasn’t a police department and that the post office doesn’t even offer delivery!  I did manage to find a Volunteer Fire Department (nobody answered when I knocked) but I’m not sure what kind of truck can fit in that garage! 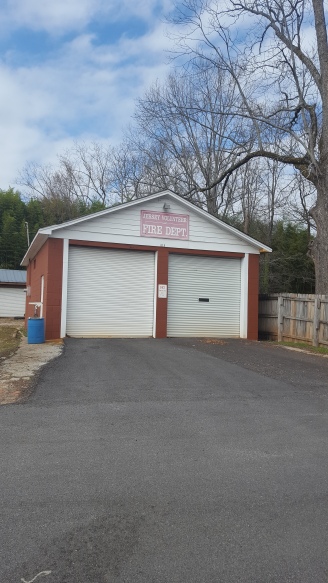 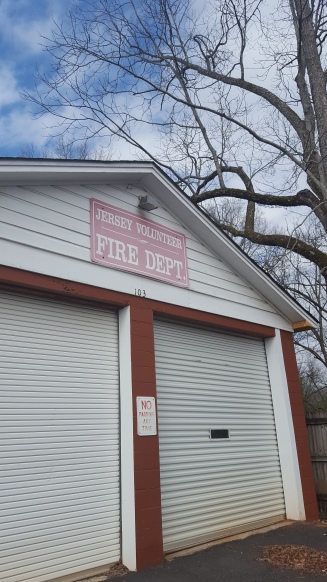 I asked her if there was a Mayor and she said yes, but that he didn’t have an office.  She pointed me to the Community Center next door that he might be in though, so I walked over but he wasn’t there.  Actually, nobody was, but the door was open so I took a few pictures…

Apparently they rent the hall out for birthday parties and events.  Since I literally walked the entire town (it’s less than a square mile remember?) by the time that I got back, there were 2 ladies setting up for a birthday party for their son but still no mayor. 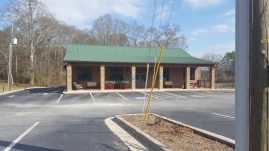 There was only 1 restaurant in town, Buckeyes, but they’re only open for breakfast and lunch. 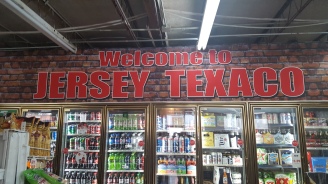 After that, the only other places get food are at one of the 2 gas stations (but no WaWa).

Buckeyes was about to close when I arrived so I didn’t want to have them stay open just for me.  They didn’t have a “to-go” menu for me to show you but the owner said it’s “Good Ole Southern Cooking.”  I wasn’t sure if these were wall decorations or ingredients but either way, you get the idea… 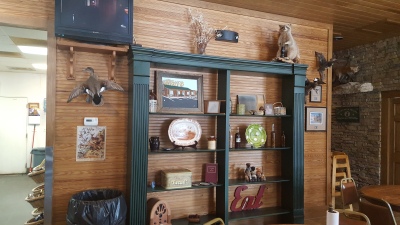 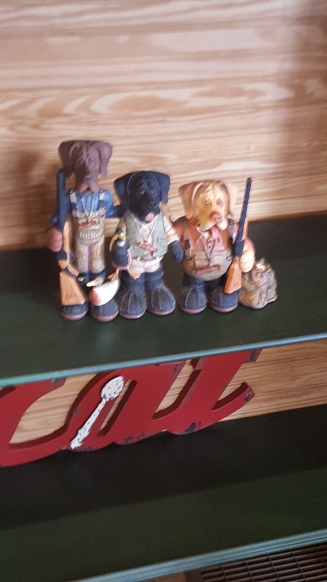 There was also a church, a construction company, a salon, a dentist’s office and yeah, that’s about it.  No GTLs, no Snookies but also no backwoods horror stories.  Actually it was quite the opposite.  Most of the people that I spoke too were very nice and friendly. Although once this kid started slowly circling my car on his power-wheel like he was one of the Children of the Corn, I knew it was time to get out of there!

That was interesting though.  It was like driving backwards in time to a much simpler town in a much simpler era… like Mayberry or something.  But now it’s time to go back…back to the future! Thanks Jersey, GA – it’s been real…

Staying hydrated and getting a steady flow of nutrients throughout the day is extremely important if you want to stay healthy and reach your fitness goals.  Although I was surprised by the limited dining options in Jersey, GA, I wasn’t stuck because I came prepared with a bag full of healthy snacks and a few bottles of water.  Yes, I’m greedy lol that’s been well established but this one goes beyond loving food, it’s a great way to stay on track and maintain healthy blood-sugar levels while on the go!  Half of you sneak snacks into the movies, why not take them when you do other activities too?!  Stock up (or prepare) some snacks you can easily take with you each time you leave the house for an extended period.  No matter if you don’t have time to stop for a formal meal or your mother-in-law is a terrible cook, you’ll be prepared for any situation!

Have a fitness question you’d like for me to answer?  Comment below or if you follow me on social media feel free to slide into my DM’s lol.

So what’s in my emergency stash?  Well, depending on time, it could normally range anywhere from a pack of protein powder with a bottle of water all the way up to a full meal stashed away in a cooler.  In this particular case however, I had one of my favorites, The Complete Cookie from Lenny and Larry’s!

A full cookie packs 16 grams of protein that will help keep you satisfied much longer than a sleeve of Chips Ahoy ever would.  This isn’t just a dessert, it’s actually a complete meal packed with Vitamin A, iron and 8 grams of Fiber!  Oh yeah, and the ingredients are 100% vegan (you’re welcome Robyn)!  With that said, you still shouldn’t necessarily load up on 2 or 3 of these every day since a full cookie (note: the nutrition stats on the back of the label are only for half) still has a decent amount of sugar, carbs and sodium.  So despite the healthier ingredients, still consider this as an occasional treat or an emergency pick me up that should be consumed in moderation (like anything else).  These are delicious though –  especially heated!  Hmm, I should try throwing some Halo Top on one of these!  Sorry, daydreaming again…you know I’m greedy! But yeah, these are great.  As for which flavor?  Hmm, my current personal favorite is the Double Chocolate Peanut Butter Swirl.  I haven’t found a flavor that I didn’t like yet though so you really can’t go wrong! Check them out!

Have another food or restaurant suggestion for me to try?  Tell us about it in the comments below! 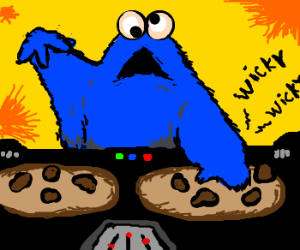 Going Back to Cali – LL Cool J (Yes, that’s where the title of today’s post came from if you didn’t catch that…)

Ready or Not – The Fugees (my favorite song off The Score…but there are so many hits on this album, it’s a hip-hop classic!)

Living on a Prayer – Bon Jovi (The Mayor of Jersey)

Freak on a Leash – Korn (Children of the…)

Have another song that fits todays theme (and there are many, lots of artists come from Jersery… um New Jersey, not Jersey, GA that is)? Or just have a song we should all check out? Drop your playlist suggestions in the comments below!

Okay, well that’s a wrap on another edition of #DoubleFML – FatDarrellPalooza! I know I say this every time but thank you once again to all who have been supporting this page with your likes, comments, shares and feedback.  There’s much more to come but nothing gets done without your help and support so I appreciate you all.  Thanks for dropping by and as always, May the Fork be with you…