Hey what’s up everybody? So in my last post I briefly mentioned the beef that I have with the tooth fairy.  A few of you thought that I was kidding, but no I’m dead serious.  I mean, I’m not gonna write a diss rap or challenge her to a fight like Soulja Boy and Chris Brown or anything but yeah, The Tooth Fairy and I are definitely not on good terms.

It wasn’t always like this though.  We used to get along really well ya know?  I mean, we never met personally but still, we had a good thing going… for years actually.  I’d put the tooth in a ziplock bag (high quality grade A choppers too lol I’ve never even had a cavity…), she’d come to the drop spot (under my pillow) later that night, pick it up and leave my 5 bucks.  Easy breezy.

We had this flawless arrangement for years …up until that last tooth.

That last one was special because I had an adult tooth growing in before the baby tooth had fallen out yet so I had to have it pulled by an orthodontist.  But even though the tooth didn’t come out naturally like the rest of them, a baby tooth is a baby tooth right?

So after the procedure, I took it home in a tiny little envelope.  And yes, I admittedly put it inside of a drawer in our family room instead of under my pillow this time, but she’s supposed to be all magical and stuff right?  She should have known where to find it.

So I wake up the next morning looking for my 5 spot and there’s nothing there!  At this point I’m not sweating it though because you know, the Tooth Fairy and I went way back, I knew she was good for it.  So I go back to sleep the next night, wake up around midnight to get some water…still no money, okay cool….back to sleep I go.  I wake up the next day, check the desk again and bam!  Nothing.

“What the”?  I know this chick isn’t trying to stiff me…or so I thought.

Days went by.  Weeks.  Months.  And then suddenly one day, the envelope just disappeared!  Yeah that’s right.  The tooth was gone! But where was my hard-earned money?  She didn’t even leave an IOU or anything!  What’s up with that?  She robbed me!

Here’s a current picture of my bed from just this morning.  Do you see any money under this pillow?  I sure don’t.

But if she ever does pay up, I won’t accept a measly $5 anymore.  Oh no, because I’ve seen some of these posts on Facebook and Instagram.  Kids these days are getting $20 bills now?  What?!  So the way I see it, when you account for inflation, plus late fees and compounded interest, plus pain and suffering; The Tooth Fairy currently owes me $17,429.59.  So you can cash me outside Tooth Fairy, Howbow Dah?  I’m waiting.

Oh, ha that last part?  No, I wasn’t speaking gibberish…well okay I was, but I mean, not my own gibberish!  It’s a quote from this chick who was a guest on Dr. Phil recently lol.  It was one of those “out of control teen” episodes apparently and now it’s become an early candidate for the meme of 2017 (along with #SaltBae who I thought was Johnny Depp before I looked closer lol).

My friend Mike, and numerous others, have been posting about this relentlessly for the past week so I can’t get it out of my head!  Here’s a link to the Youtube clip so it’ll also be stuck in your head now too lol…  https://www.youtube.com/watch?v=ZrtSOTGNqA8

I’ll have to catch (cash lol) that whole episode someday!  I’ve actually only watched one full episode of Dr. Phil before.  It was when he had some chick on who thought since her name was Annie, that Michael Jackson wrote his song Smooth Criminal about her (“Annie are you okay?  Are you okay Annie?”).  It was truly a spectacle lol.

Apparently Dr. Phil is the show to watch now? Who knew?  I thought his show only featured super serious topics, not glorious train-wrecks like these, so I never really checked it out before.  I stayed in my lane with Maury, Springer and Court TV shows but apparently I’ve been missing out!  Howbow Dah?

Speaking of Michael Jackson, like many others, he is my favorite music artist of all time.  So for today’s #DoubleFML Show and Tell, let’s break out this MJ Thriller tee! 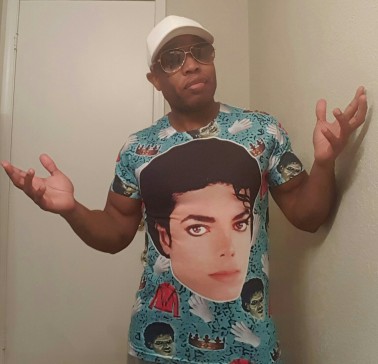 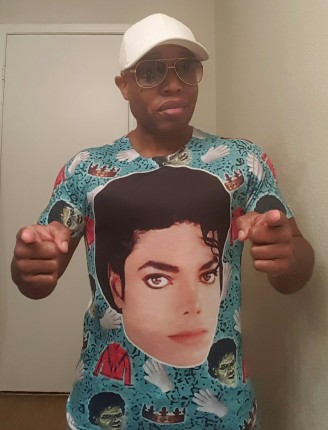 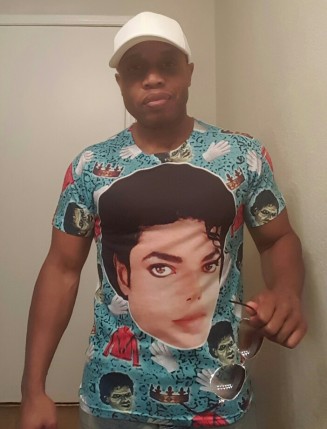 This one will have you Moonwalking on Air cuz it’s so fresssssssshhh lol. Yes, my dumb shirt collection runs deep my friends, but it’s Michael Jackson AND zombies so really, what’s not to love?  All hail The King of Pop!  All Hail…

So I just got home from the grocery store (yes I did get all of the bags into the house in one trip thank you, lol the streak is back!) and wow these nutrition labels are something else lately!  Some of these companies are pretty sneaky, so don’t be fooled by the front of the packaging.  Make sure to look at the nutrition label on the back as well! Here are the 2 main things to look for before you decide what to buy:

Q – “LOL you are too funny! I’m glad to know that I’m not the only one who gets mad when I can’t get everything in the house in one trip. Do you have other things that bug you like that? Thanks for the laughs! #DoubleFML”

A – Thanks Shana! I’m sure that it comes as no surprise that the answer is yes I do!  Lol so yeah, as I storm through the gym locker room kicking and elbow smashing lockers closed, they all stare at me like I’m an intense warrior preparing to do battle – but in reality it’s due to the fact that half open lockers, cabinets and drawers drive me insane!  I’ve been that way ever since I was a kid lol. I think that my mother was messing with me on purpose at Christmas because I walked into the kitchen a few times and literally every cabinet and drawer was open!  Hahaha thanks Mom!

I also hate when people leave time on the microwave after taking their food out… so the double whammy would be a microwave door left open with time still remaining.  Uhhh shudders…the horror lol. The “Clear/off” button is there for a reason people!

I suppose that’s one of the cool things about memes because it shows that other people are often thinking some of the same weird things that you are.  I always find it hilarious when I start typing some random question in Google and it already has a search history! As divided as our nation and the world feel at times, in many ways we’re still all the same.  Howbow Dah?  (Sorry, last one I promise lol)

Have a question for me?  Drop it in the comments below! 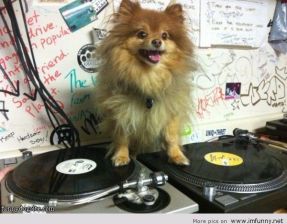 Queen’s Speech Ep.4 (Brush Your Teeth) – Lady Leshurr (around 1:16 she tells you how to avoid those cavities lol – great song, I think apple used it in a commercial recently)

Teeth – Lady Gaga (I’m looking forward to seeing her do her thing at the Superbowl!)

Toothbrush – DNCE (Their first song, Cake by the Ocean always made me smile until I thought about sand getting in the cake and ruining it which makes me sad…)

Crank That (Travis Barker Remix)  – Soulja Boy (And in this corner…)

Have another song that fits today’s themes?  Tell us about it in the comments below!